The Basilisk's Maze - Out Now! 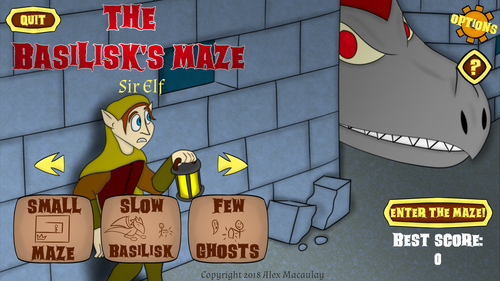 It’s finally done! The Basilisk’s Maze is now available on itch.io and Google Play! Watch the final trailer below:

Not much new in the release version, other than some final touch-ups. There is one new character, though. If you get the PC standalone (now $1.00 on itch.io) or Android version (free on Google Play, with ads), you can play as Wamtu, the Dragon King Studios mascot!

I guess that wraps up this project. Thanks to anyone who’s ever given this game a look during its development. I know it’s a really small game, but it still took a lot of work, and it’s a bit of a relief to finally call it done.

Hm, not sure what else to say. I guess that’s it. Go check out the finished game!