The Basilisk's Maze - Now in Beta 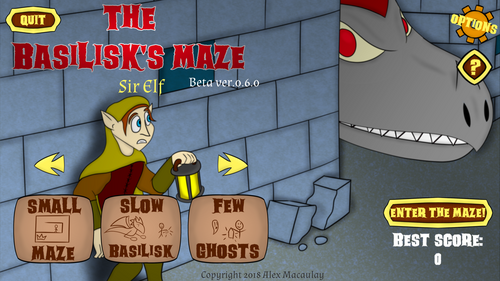 Alright, here we are! The Basilisk’s Maze is now feature-complete, so it’s time to put it in beta! Only a couple of things to go over this time, so let’s get started.

First off, the Basilisk now has a voice! He’s spoken a couple of times in my little trailers, but now he speaks during the game itself! You can get a taste for this in the beta’s trailer, along with a quick demonstration of how the finished game plays.

Next up, there’s that little question mark thing on the main menu. It opens a help menu with various screens going over the different aspects of the game.

Then there’s the last major new feature: the finalized touch control schemes. From the options menu, you can now select whether you want to enable the arrow buttons (which have always been present on previous versions of the browser game), or “direct touch,” where you can touch (or click, if you’re using a mouse) different areas on the screen to make your character move in the direction of your cursor. 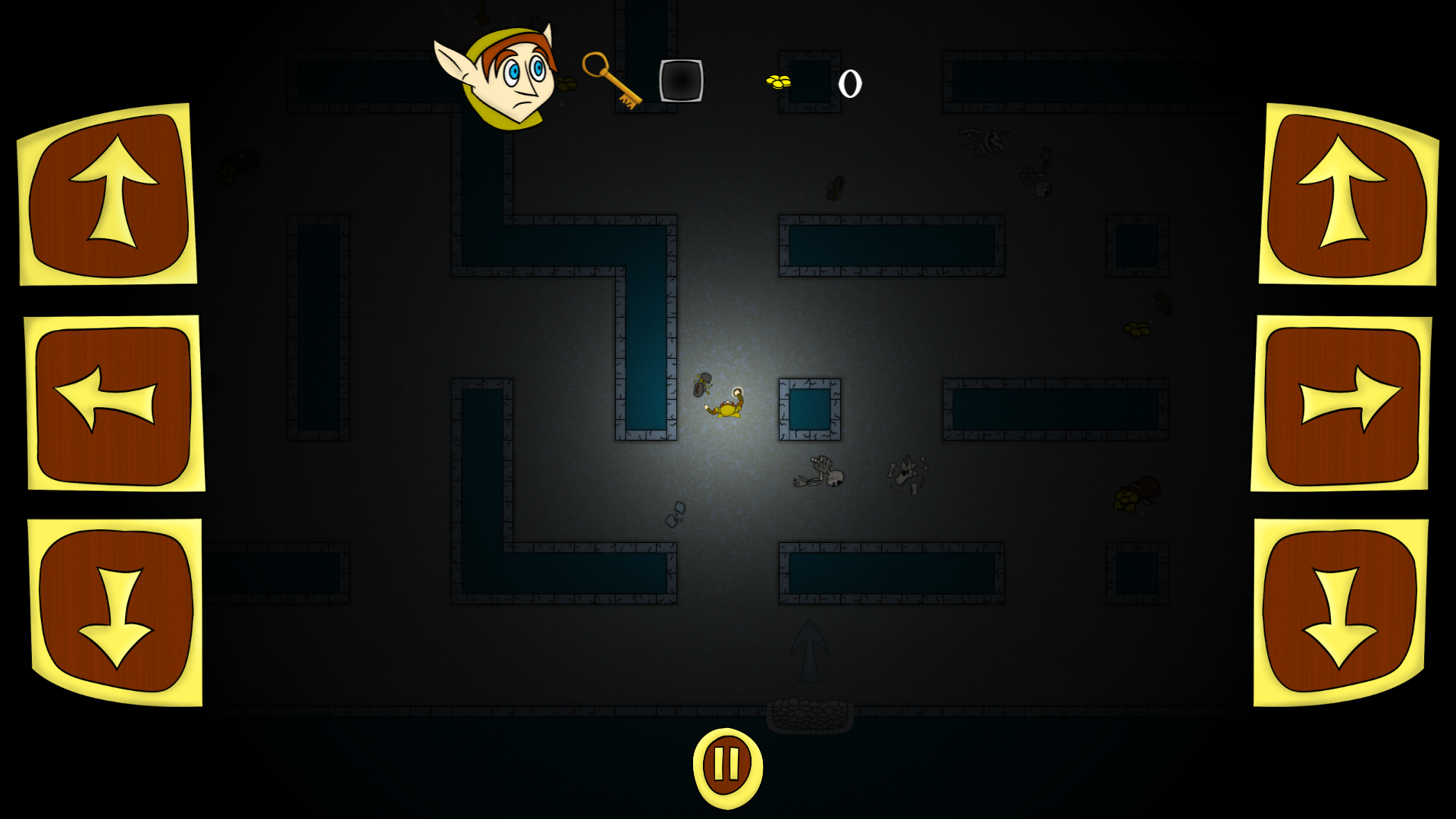 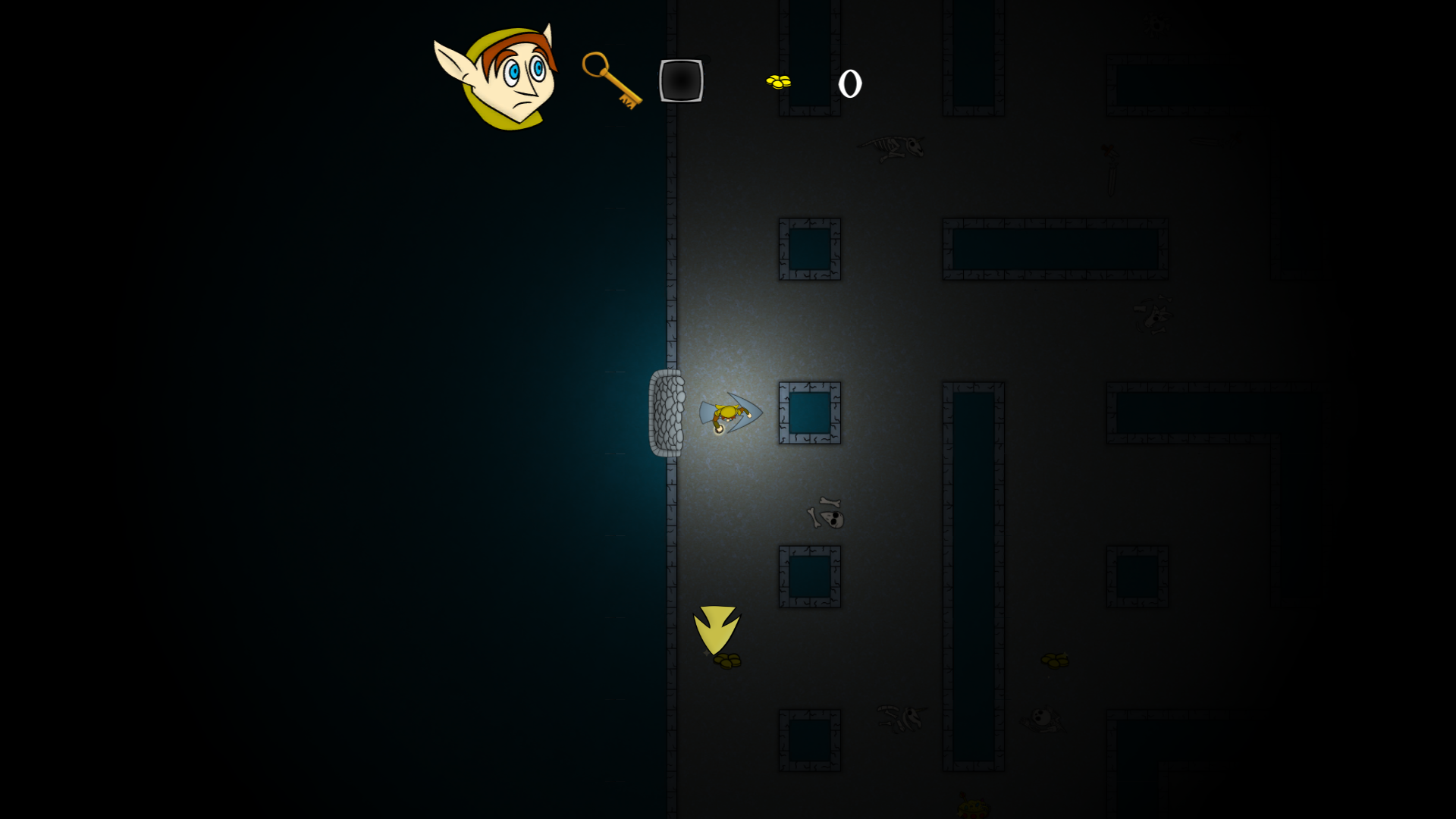 Of course, this is mostly for the Android version. On PC, you can always just use the arrow keys.

And that's pretty much it! Oh yeah, and the maze setting “No Ghosts” is now “Few Ghosts,” since I decided I didn’t want you to be able to turn off ghosts.

So, how about you go check it out? It’d be nice if I could get some other hands to test it and make sure they can’t break it. I’ve already got a short list of minor tweaks to make for the final version. I’ll also be getting the Android version ready for release on the Amazon App Store.

Come the final release of the game, the Android version will be disappearing from itch.io and be replaced with a link to the Amazon version, and the PC Standalone version will cost a dollar (the browser version will still be free, though. I don’t think you can charge for those, anyway). As a thank-you to anyone who pays for the game, they’ll get an exclusive character, Wamtu, the dragon from the logo! To find him, just go left from Sir Elf on the character select screen!

Anyway, that’s all for now! If I’m lucky, this game will be done and released before the end of the year! At the latest, it should be finished by January. Thanks to anyone who’s been keeping up with this, or even anyone who popped in to give it a look at least once. If I’m honest, this project’s been a lot more trouble than I thought it would be, and I’m just glad to see it come to a close so I can move onto something else. Just a little bit more to go now…