Hey! It’s another update to The Basilisk's Maze! There’s also a new trailer, where Sir Elf discovers this update’s big new feature. He doesn’t like it nearly as much as the last one.

That’s right, GHOSTS! The maze is haunted now. Just in time for Halloween, too. On the main menu screen, you can see that the option to set the strength of Basilisk’s gaze has now been replaced with a button for how many ghosts are lurking in the maze.

On the main menu screen, you can see that the option to set the strength of Basilisk’s gaze has now been replaced with a button for how many ghosts are lurking in the maze. You can set your maze to have no ghosts, some ghosts, or many ghosts. 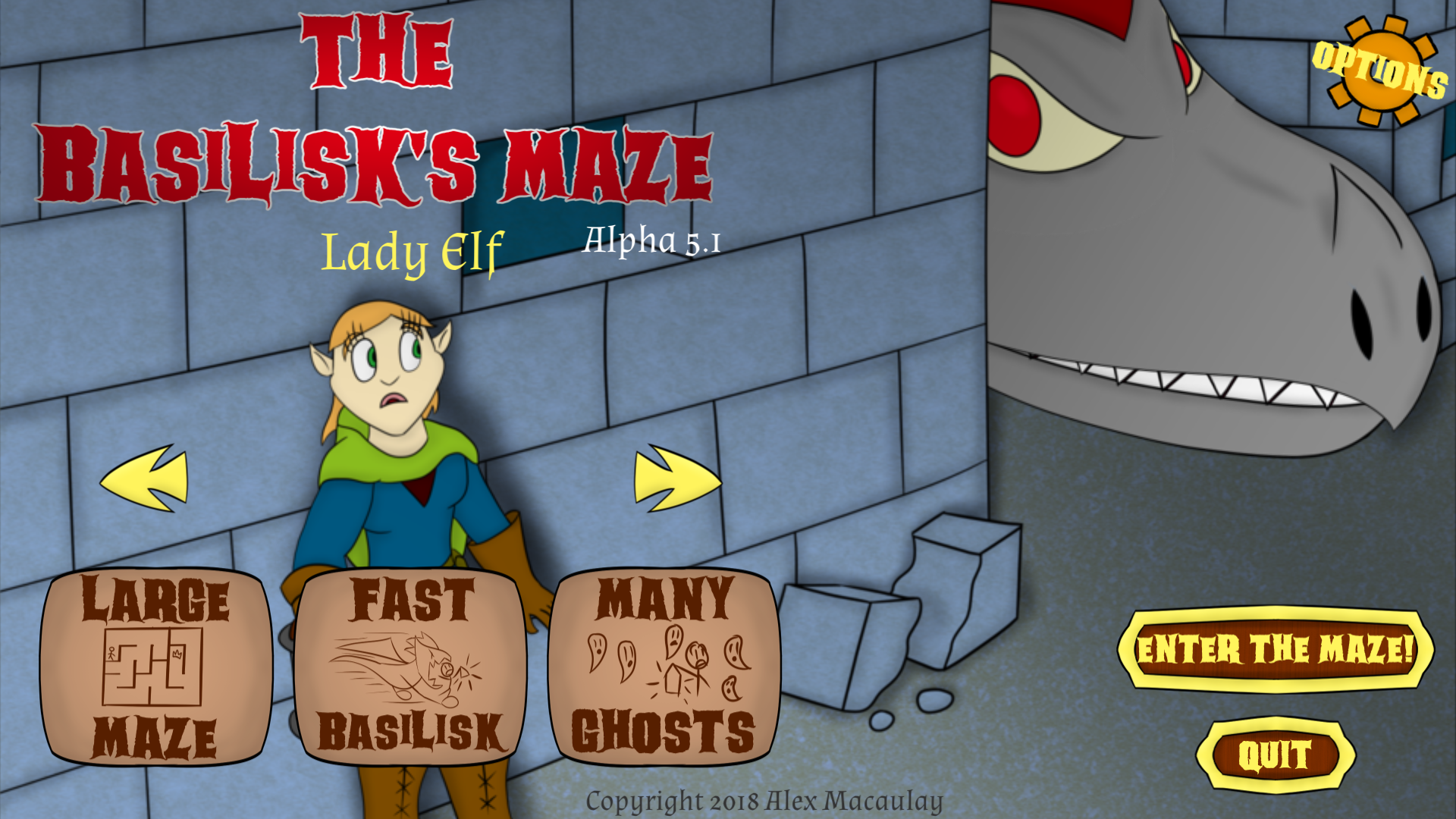 So, once you’ve got ghosts in your maze, how do they work? Well, depending on your setting, a certain percentage of the gold in the level will be “cursed,” meaning there will be a circle of ghosts swirling around it and it’ll be colored funny. 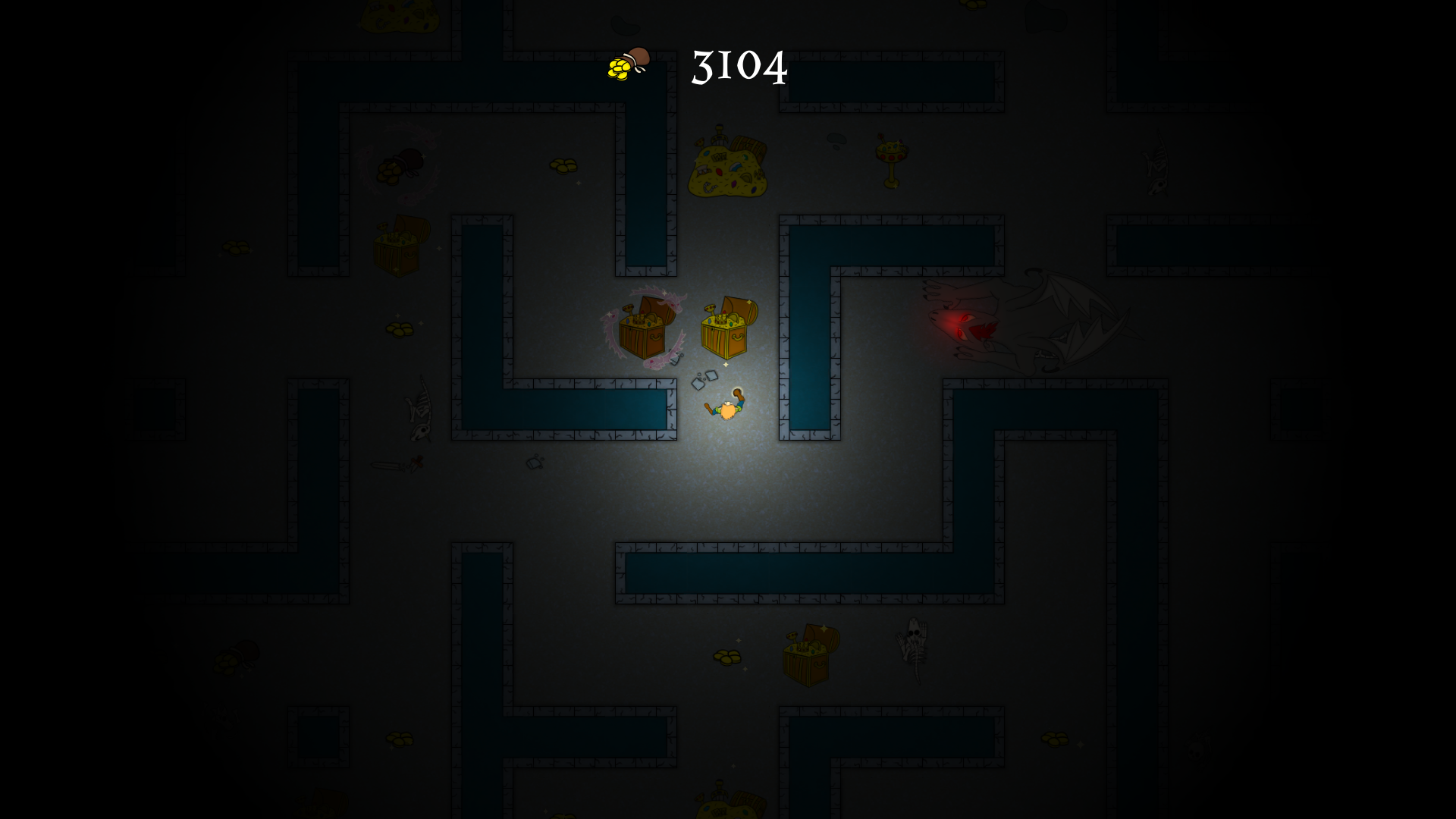 If you step on it, you’ll still get the gold as normal, but you’ll also get… something else.

The ghost will slow you down, just like Basilisk’s gaze does, though significantly more. Fortunately, there’s another new, albeit subtler, feature debuting in this version that’ll help you: every step you take, you’ll recover speed that was lost to the Gaze or to a ghost, until you’re hopping along at your old normal pace again!

At the end of a maze, whether eaten or escaped, you’ll be greeted by a revamped results screen. One of the stats shown, “steps taken,” has been replaced with “dead disturbed,” which tracks how many ghosts you startled during your run. 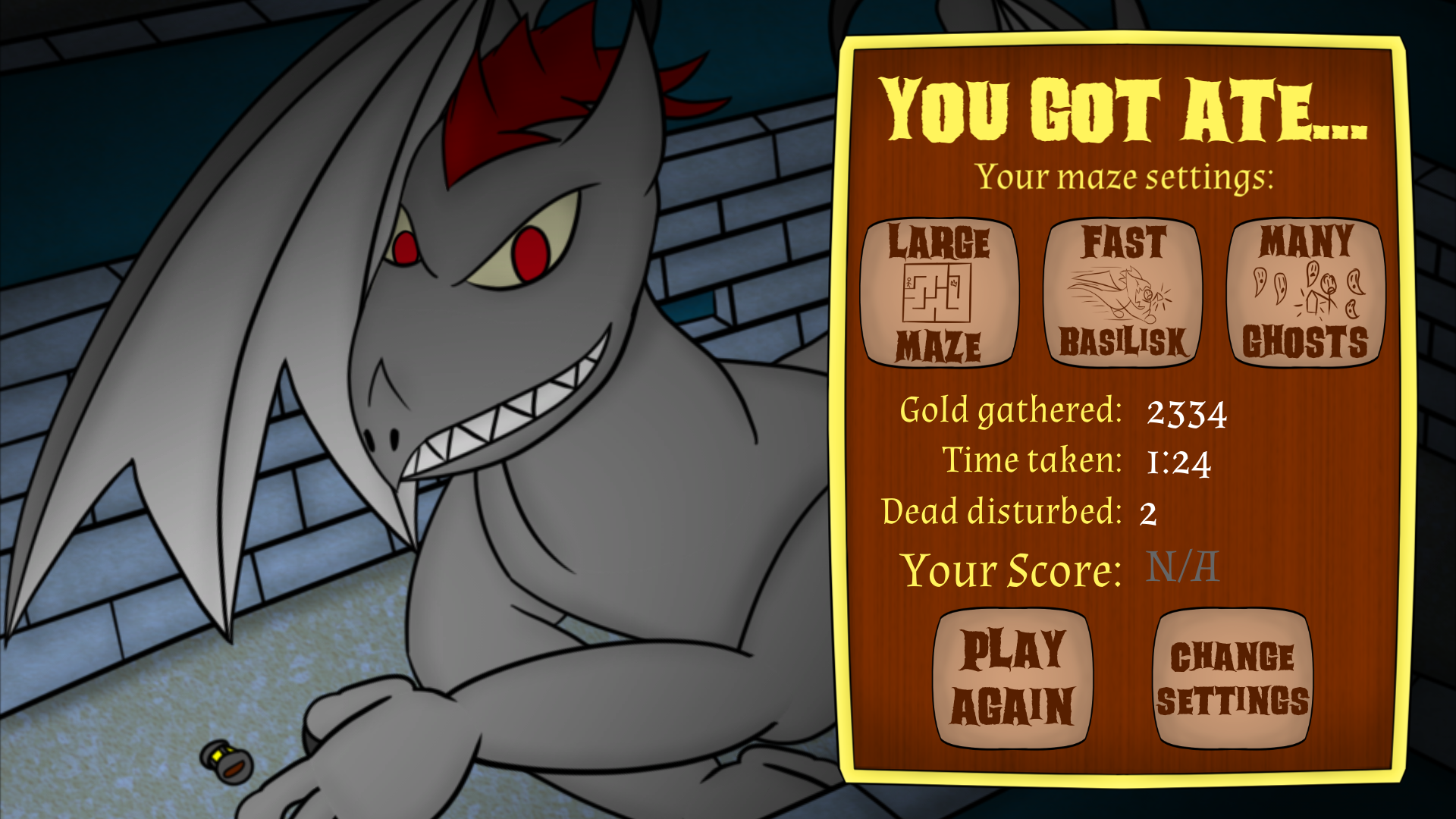 The button that was going to link to the shop has been taken out, since I decided that there wouldn’t be a shop in the game after all (though there will still be a few unlockable characters). The bottom stat has also been changed to reflect that there’s no longer a pool of gold held between levels, either (what it does represent still hasn’t been implemented, though).

Aside from that, there’s just a few tiny details new to this version. I made medium and large mazes smaller, since I thought large mazes took way too long to play (this is the second time I’ve done this, and now, ironically, large mazes are at the original size of medium mazes). I finished up my floor clutter sprites and added some floor clutter to the main menu. The sparkle effect surrounding the key and gold has been redone and looks a lot nicer. Finally, the audio for the Dragon King Studios logo is now split over sound effects, music, and voice-over tracks that are all individually affected by the in-game volume sliders (oh, which I also fixed; they weren’t loading right in the last version). With that and the ghost’s creepy laughs, this is also the first version where the voice volume slider does something!

And that’s that! Go check out the new version and get spooked! Next time is the last 5.x alpha, which will also be the third- or second-to-last alpha! Coming up next time is three new unlockable characters (minotaur, gryphon, and unicorn) and the final score calculations on the results screen! After that, there’s just Basilisk’s voice and a tutorial, then the game is ready for beta!

Just a little more to go! See you next time!